What is an airway and why is it so important? For starters, our airway (specifically our upper respiratory system) is the channel through which the body gets oxygen. We can live without food for weeks and without water for days but we cannot live for more than a few minutes without oxygen. “O.K., I knew that already” you might be saying, but let’s go further…. Without question, breathing through the nose is the most effective way to take in oxygen and to allow for complete oxygen transfer across the blood stream. Studies show that breathing through the nose is at least 7 times more efficient than breathing through the mouth. If your mind and body do not get proper oxygenation, they cannot perform properly. The problem is, many children (and adults) for a variety of reasons cannot breathe properly through their nose due to a number of possible causes and because of this they become chronic mouth breathers.

As stated, mouth breathing when compared to breathing through the nose, is grossly inefficient and for that reason alone it is to be avoided, but there are many other things that take place when one has upper airway obstructions and breathes chronically through their mouths. With chronic mouth breathing also comes a series of facial and jaw changes which can be unfavorable in many ways. These changes can manifest as a recessed lower jaw, overeruption of the upper and lower teeth (gummy smile), narrowed archform of our upper and lower teeth, and thus, crowded, poorly aligned teeth, and malocclusion, which can lead to TMJ related symptoms. However, the most potentially serious of these “changes” is the way the face and jaw change as a result of consistent mouth breathing and how those changes further compromise the airway.

Let’s think of the inside of your mouth as a “garage” for the tongue. If the garage is of adequate size, then the car (your tongue) has plenty of room to reside. If , however, the garage is too small, due to the retrusive and narrowing forces on the jaws (induced by chronic mouth breathing), then the tongue is forced back in the throat and the airway is compromised yet again. People who snore experience this to some degree… people with sleep apnea experience this to a large degree… a serious degree and this isn’t just adults either, it’s children… 2 to 3% of our children are experiencing sleep apnea according a a recent study. Some studies show that the numbers may be even higher.

What is sleep apnea? Sleep apnea most commonly called obstructive sleep apnea (OSA), is characterized by repeated episodes of upper airway obstruction that occur during sleep, usually associated with reduction in blood oxygen saturation. Daytime symptoms of OSA can include a feeling of fatigue, never feeling fully rested, dozing off during the day, and many others. OSA is a major health concern that is known to induce stroke and fatal cardiac episodes. Unfortunately, it often goes undiagnosed by the medical and dental community. In adults, it afflicts approximately 9% of men and 4% of women.

In children, at the very least, OSA is, according to a very recent Johns Hopkins study, associated with a 10 point drop in IQ as well as the onset of irreversible changes to the cardiovascular system in said children. At a recent meeting of the American Association of Craniofacial Pain in Phoenix, John Remmers M.D. remarked that OSA would become the number one chronic disease in industrialized societies and further noted that 65 -80% of stroke patients suffer from OSA.

The stakes are high and the first step is education, followed by detection, followed by corrective action. If you feel like you may be suffering from OSA symptoms consult a your physician or an Ears Nose and Throat specialist. Persons suffering chronically from symptoms such as these should have a sleep study performed by a trained physician in order to determine if those symptoms are OSA related.

My goal through this article is to properly empower parents to be able to recognize the signs and symptoms of upper airway obstruction and to seek out the appropriate means to reverse the negative trends before more serious complications crystallize. For these reasons I would encourage parents to make the following observations:

For any further questions regarding chronic mouth breathing and its impact on child development go to www.orthotropics.com. For more information regarding sleep apnea go to www.sleepapnea.org. 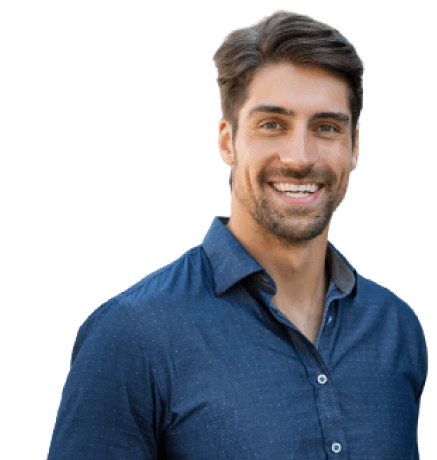